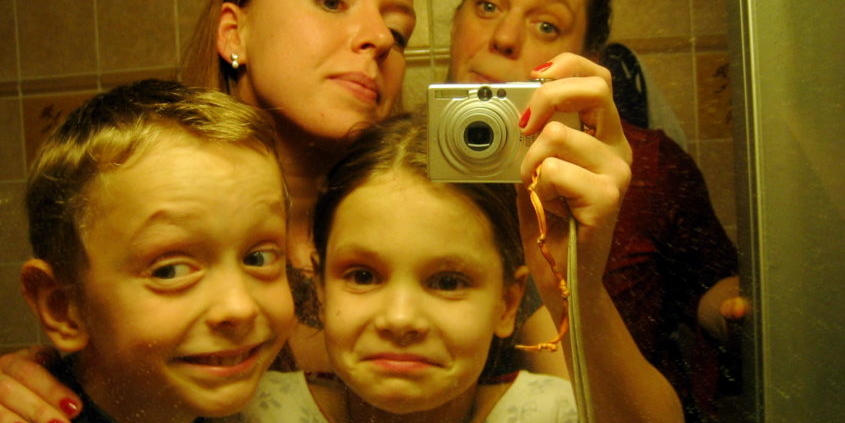 German is notoriously not one of the simplest languages around. Some words, though, are more important than others to live in Germany.

Among articles, cases, separable verbs and extremely long words it is hard for those who either need or simply want to learn it (it’s been proved the latter are 0,01% of the world population). Most people give up immediately, without even really starting, standing up from the Volkhochschule (VHS) chairs right after learning that together with a noun they need to memorize also the correct article. Even more give up after learning that there are no proper rules to know if a noun is feminine, masculine or neuter.

Some manage to overcome the first obstacles and they are content with a very limited vocabulary sufficient to survive without losing their mind. A rare few are brave enough (and to them my admiration!) to try and assimilate everything they can of this multi-faceted language. Nevertheless, there are such direct and common words that it is impossible not to learn them even just by walking among Germans for a few hours. The most famous of them is without any doubt the word “Bitte”.

Now I will describe you a common scene. A mother and her child enter a café and go to the counter. You are there, with your hot and sweet coffee, waiting to finish it, get out and have a smoke, when the child, encouraged by an over-excited mother, asks the barista, “Could I have a glass of water?”

A reasonable barista would just take a glass, fill it with water and pass it to the child, dismissing him in ten seconds. Considering that baristas are not always reasonable, this specific one exclaims, “What is the magic word?”

The child is dumbstruck. He really doesn’t know the magic word. He looks around, speechless and disoriented. His mother is tomato-red from the embarrassment. She knows the magic word, but she cannot give him a hint so she stays silent.

Recognizing the awkwardness of the situation, the barista tries to help him, “Pl…?”

Faced by this insistence and inability to prepare a glass of water without asking weird questions, shyer kids would tearfully close themselves off, give up drinking for the next few years and regret the good old days when attaching themselves to their mother’s breast was sufficient to quench their thirst. The bolder ones would maybe try to make a joke, to tease and make fun of the barista.

In both situations, the barista could do nothing but raise the white flag and say with an endearingly fake smile, “Please! The magic word is please!”

A scene like this one would be unheard of in Germany.

If you were to tell it to a German they would say you are delusional or maybe simply too cynical.
German kids understand the use of the word “Bitte” even before they are born. It’s one of the first genetic upgrades to happen in the belly. So natural that when first the nurse spanks the newborn baby, he glares at her with an implicit dry “Bitte?!”. When a German child asks for an ice-cream or a glass of water he adds his nice “Bitte” automatically. He does not realize that he is using a “magic word” that could create tension, embarrassment and guilt in mothers concerned with the right way to educate their children.

“Bitte” can be translated with both “please” and “you are welcome” and it is this important double translation that makes it one of the first words we learn, together with the frequency of its use.

One of those useless American universities between Massachussets and Alberobello did an even more useless study on German practices. According to it, the use of the word “Bitte” is the third most common practice after drinking Apfelschorle and ringing the bicycle bell, standing at a solid 87.5%. I heard personally someone using the “Bitte” before starting a violent fight, complete of kicks and punches. I cannot imagine the same thing happening in my city of birth, Neaples, and the mere idea of someone starting a fight with the equivalent of “Bitte” makes me laugh.

…and with many variations

Very important for Germans is not only the use of the word “Bitte”, but also of its most common variations: “Bitte schön” and “Bitte sehr”.

Cashiers are definitely professionals of the use of the word “Bitte”. They are so used to it that it is likely that they are all having therapy for excessive politeness. Even their voice tone is such that the “Bitte” always comes out the same with every client. Last week a LIDL cashier managed to repeat it one thousand times in one shift and as a reward they received a new conveyor belt on which the shopping slides wonderfully.

Servers are instead specialists of the “Bitte schön”. It is often used together with its big brother “Danke schön” with which clients thank them for the service. At this point, a dialogue ensues, which resemble closely the tweeting of birds in love one can find in Tiergarten. This is part of living I Germany and it is not rare to find servers so experienced that they can express different emotions just by lengthening the “ö” and transforming it in something resembling a “Bitteschööööööön”.

Last but not least is “Bitte sehr”, a slightly more refined, elegant variation, fitting of a Mitte habitué or a gentleman who gives his seat to women on buses. Usually foreigners use it when they want to show they have at least a B1.1 in German.

One can never go wrong by using the “Bitte”.

It’s one of those wild cards like “ganz” that you can use freely without looking completely inept. The way one abuses this word is the same of such words as “genau” or “super!” or weird expressions like “Keine Anhung” or “auf jeden Fall”. You will find yourself using them when you expect it the least. And in the end, it doesn’t matter if you cannot get the intonation or the sentence structure wrong. The only thing is, whatever you do, you always remember to use “Bitte”.

10 German words you need to know

#quantoèbellaberlino, the photocontest dedicated to the most beautiful pictures...
Nach oben scrollen
We use cookies on our website to give you the most relevant experience by remembering your preferences and repeat visits. By clicking “Accept”, you consent to the use of ALL the cookies.
Cookie settingsACCEPT
Manage consent